"Ivan, Did you see the sunrise?" 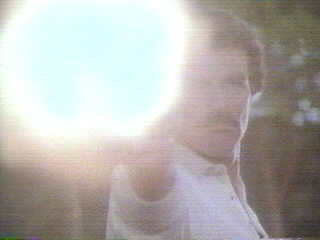 Magnum PI is still one of my favorite TV shows of all time. It was the first that was depicting Vietnam Vets not as deranged lunatics, but as normal people just coping with their experiences they endured. It had great plots, complex characters and in the view of many, it never really "jumped the shark" so to speak, which refers to a point which the show has noticable gone downhill.

The character of Thomas Magnum was a good person, although not perfect. He made mistakes and occasionally gave it to emotions.

This episode "Did you see the sunrise" was one of the best ones. It dealt with their experiences in a North Vietnamese POW camp, and how a Soviet KGB agent at the camp, came to Hawaii ten years later for reasons they are not sure of, but they do know he is trying to kill them, they think.

At the end, "Ivan" does not accomplish his mission, and the State Department does not want to cause a diplomatic incident and decides to let him go. Magnum does not quite agree with that, and arranges to have a personal meeting with him in the end. Ivan tell Magnum, how he knows that Magnum would never kill an unarmed person, and how Thomas believes in "fair play", somewhat deriding him for it. Ivan then starts to walk away.

Magnum then asks "Ivan, did you see the sunrise?" Ivan answers, and then you see Magnums response.

The sunrise reference is from in this episode where Magnums friend "Mac" suggests after a night out, to go see the sunrise, and upon getting into Magnums car to drive it, gets killed by an explosion, presumably part of Ivans operation.